Thanks to movie production houses like Marvel and comic book publishers like DC comics, we now have more superheroes than ever. Have a look at some of the latest trends in action figures and how you can buy them from the comfort of your home!

Where to buy toys in India?

Indian online stores have myriads of action figures available from the best brands and at decent rates. Never miss a chance to avail of some of the best offers and discounts at these online Indian shopping sites. Popular shopping websites like Amazon, Flipkart, Snapdeal, etc are some of the places where customers can enjoy a wide range of action figure toys that would fit in every budget. Whereas shopping sites like action figure India, superhero toy store, the comic factory, and nerd arena are more on the high-end side.

In today’s ever-evolving world of superheroes and movies, there are a lot of characters, but choosing the right one is of utmost importance. As a child, everyone has a favorite superhero which is very special for them. You cannot choose just any toy for your kid, it has to be a popular one. Some of the popular action figure toys are listed below. Take a look!

The Pokemon Go game was a hailstorm that somehow touched everyone. Due to its insane popularity, everybody got talking about it, which soon became a hot topic on every social media platform. Being inspired by the animated tv series Pokemon, it was a kid’s favorite too. All the kids in the world tried to ‘catch ‘em all’- a phrase for catching all the virtual Pokemons in the game. So if your little one is obsessed with the same phenomenon, then Pokemon action figures would be the best choice for him.

Wow, this is something every Pokemon fanatic would love. 144 pokemon action figures can be like a dream come true, you name it and this set has it. Almost every pokemon that you have ever heard of are all part of this amazing set. The approximate height is 1.5-2.5 cm or 0.59-0.98 inches, and they are made of high-quality PVC material. Click here to buy it.

b) Ash and Pikachu Action Figures

This set is for those who love Ash, the pokemon master! It includes one 4.5 inch action figure of Ash and one 2 inch Pikachu action figure in battle launching mode. Your kid will love the dynamic character this toy has. This is an officially licensed Pokemon product from Wicked cool toys, a great deal at such an affordable price tag from Flipkart. Click here to buy it.

When Star Wars Episode IV: A New Hope released in 1977, it quickly gained enormous worldwide popularity, which in turn made it the most prominent space-opera media franchise in the world. It has nine episodes to date and inspired many spin-offs in the form of tv series, web series, and movies.

The intensity of its incredible popularity can be estimated by the fact that one of the most expensive Star Wars action figures ever sold was a Boba Fett rocket-firing Action Figure, which sold for $185,850. It is as famous among the children as it is among the adults. People who watched its first release in 1977 still watch it nostalgically. Now, who wouldn’t want to be a part of such a legacy? Own one or more Star Wars action figures and begin your journey.

Anakin Skywalker is a Jedi hero from a galaxy far far away. This 6-inch Anakin Skywalker figure features common connection points allowing you to detach the head arms and legs then reconnect them where you want. He is all set to fight the dark side, ‘may the force be with him’! Click here to buy it.

Stormtroopers are the elite soldiers in the Star Wars galaxy. This is a detailed 6-inch Stormtrooper action figure from Star Wars: The Last Jedi. It also includes accessories inspired by the characters. Click here to buy it.

A star wars fan is familiar with the beep-beep of R2-D2. It was a major part of the stories and a friend to the main characters. He was there at every point with them to support them. This 3.75 inch Star Wars R2-D2 action figure will do the same for you. You can also buy and wear Force Link wearable technology to activate figure phrases and sounds! Click here to buy it.

Mandalorian is not a race but a creed in the star wars universe, in fact, the most battle-worn and formidable bounty hunter in the entire galaxy. This tv series is a popular spinoff. He started as a kidnapper for someone but ends up babysitting him. He has a heart of gold, his body is shielded by Beskar armor, his face is hidden behind a T-Visor mask, and his past is wrapped in mystery. Kids and collectors alike can imagine the biggest battles and missions in the Star Wars saga with this figure. Click here to buy it.

Everyone who saw the episodes of The Mandalorian, fell in love with baby Yoda instantly. This is the best opportunity for you to add it to your collection or gift it to your little one. With exquisite features and decoration, this series embodies the quality and realism that Star Wars devotees love. Click here to but it.

The most famous action heroes come from the marvel universe. Almost everyone has heard of some popular names like Iron man, Captain America, Hulk, Black Panther, Spiderman, Antman, etc. And the epic movie Avengers Endgame was a treat for the whole Avengers entourage as they all came together to fight Thanos, who is another super famous character.

Spiderman is undoubtedly kids favorite because he is funny, strong, and brave. Both kids and adults can add him to their collection of the Marvel action figures. This spiderman action figure is armored and ready to battle, so start a war with Doctor Octopus or Mysterio or Venom or any other enemy, he will surely win. It is a 12-inch figure with ball joints at shoulders and hips for easy movement and battle poses. Click here to buy it.

Tony Stark a.k.a. Iron Man is the most significant character of the Avengers universe. His character evolved from an ignorant rich arms dealer to an honorable superhero. When he died protecting the world against Thanos, that was the most intense and traumatic moment for the fans. Recreate that momentous fight scene with this action figure your own way. Click here to buy it.

Captain America is one of the most popular Avengers and he is loved by kids a lot. This 8 inch Captain America action figure will manifest the same superhuman strength, agility, and justice with his invincible shield to fight his enemies. It is budget-friendly, comes with an accessory, and looks cool. Click here to buy it.

The Avengers action hero Doctor Bruce Banner with dual personalities of the soft-spoken scientist and the angry Hulk is ready to be your kid’s partner in crime or honor your collection. Well, whatever it may be, this Hulk action figure is from the brand Marvel and has realistic details that will amaze both you and your kid. Click here to buy it.

Thanos is the supervillain for Avengers, he destroyed almost half of the universe’s population after defeating them. Let your kid recreate the fight scene with this 6 inch Thanos action figure and maybe he can save the universe from him. This Marvel action figure comes with a blast effect accessory, pose-able figure, featuring articulated arms and head that makes it even more fun to relive the Avengers Endgame excitement. Click here to buy it.

This Deadpool action figure is perfect for a fan as it comes with ten additional accessories and movable joints for you to recreate any battle scene moment or pose. It will definitely be a fun addition to your collection. His character is so fun and unique that he became an instant favorite of people after his first movie. Click here to buy it.

Venom, a powerful supervillain who deserved his own separate movie. He has some of the abilities of spiderman and comes very close destroying his enemies. Recreate any fight scene with this Venom action Figure and bring him into action which features multiple points of articulation for easy movement. Create the ultimate good versus evil showdowns with marvel Venom action figure. Click here to buy it.

There is no denying the insane popularity of the Japanese anime tv series-Dragon Ball Z. Fans and netizens have been watching this show since their childhood and it still feels relatable somehow. One could never deny one’s love for awesome characters like Goku, Vegeta, Gohan, Piccolo, and many more, which have developed throughout the series with their audiences. Similarly, Dragon Ball Z action figures are also really popular among fans. Collect them now if you are a fan yourself or have one at home.

Vegeta was introduced as an arrogant Saiyan prince who wanted to destroy Earth but ended up fighting for it. He became a fan favorite after his character developed. Although being distrustful, arrogant, and obnoxious, he is still royalty and lives by his own code: the strong will always survive and conquer. Click here to buy it.

Piccolo is one of the most beloved characters in Dragon Ball Z. Like Vegeta, he began his tenure as a villain on the show too but eventually got fond of Gohan and turned into a good guy with a heart of gold. This 5.9-inch action figure does justice to his spectacular character, it is accurately sculpted with intricate details. Click here to buy it.

Gohan is Goku’s son, but unlike him, Gohan lacks a passion for fighting. He only fights when it is necessary and then he fights well. The Gohan action figure is a highly articulated piece of art, it has a set of additional hands and can be posed in over 9000 positions. Click here to buy it.

It is difficult to believe that Goku, the main protagonist was sent to Earth to destroy it, but he grew up to become a great warrior and started to defend it with everything he got. This Goku action figure is also one of a kind like his character. It is made with the precision of cutting edge action figure technology that maintains details down to the Chinese character on his clothing. Click here to buy it.

It was DC comics who first coined the term superman in 1938 when they first introduced it, and from which came the term superhero. This lead to the birth of a whole new genre of fiction that is evident in today’s world. Some of the main characters od DC comics are Batman, Superman, Aquaman, Wonder woman, Flash, Green Lantern, etc.

Joker is the main antagonist of Batman. He didn’t start out as a bad guy in Gotham but the circumstances around him lead him to his character development into a supervillain. The details on the figure are quite realistic and very close to the original character. Click here to buy it.

Batman a.k.a. Bruce Wane is the main defender of Gotham city. This is a perfect batman action figure for a fan as this 6-inch scale action figure wears an iconic suit, has 14 points of articulation and comes with a weapon accessory for dynamic combat! Click here to buy it.

How can you do online toys shopping from India as an international customer?

It seems easy enough, doesn’t it? We know! And we take care of your package as if our own so that you can do stress-free shopping from anywhere in the world. So shop for your favorite action figures from India with ShoppRe! 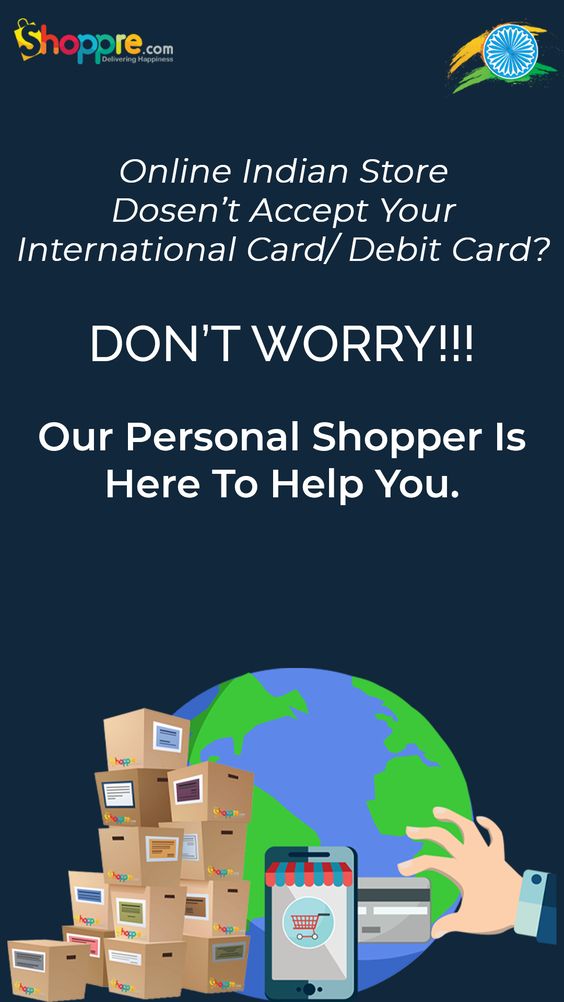